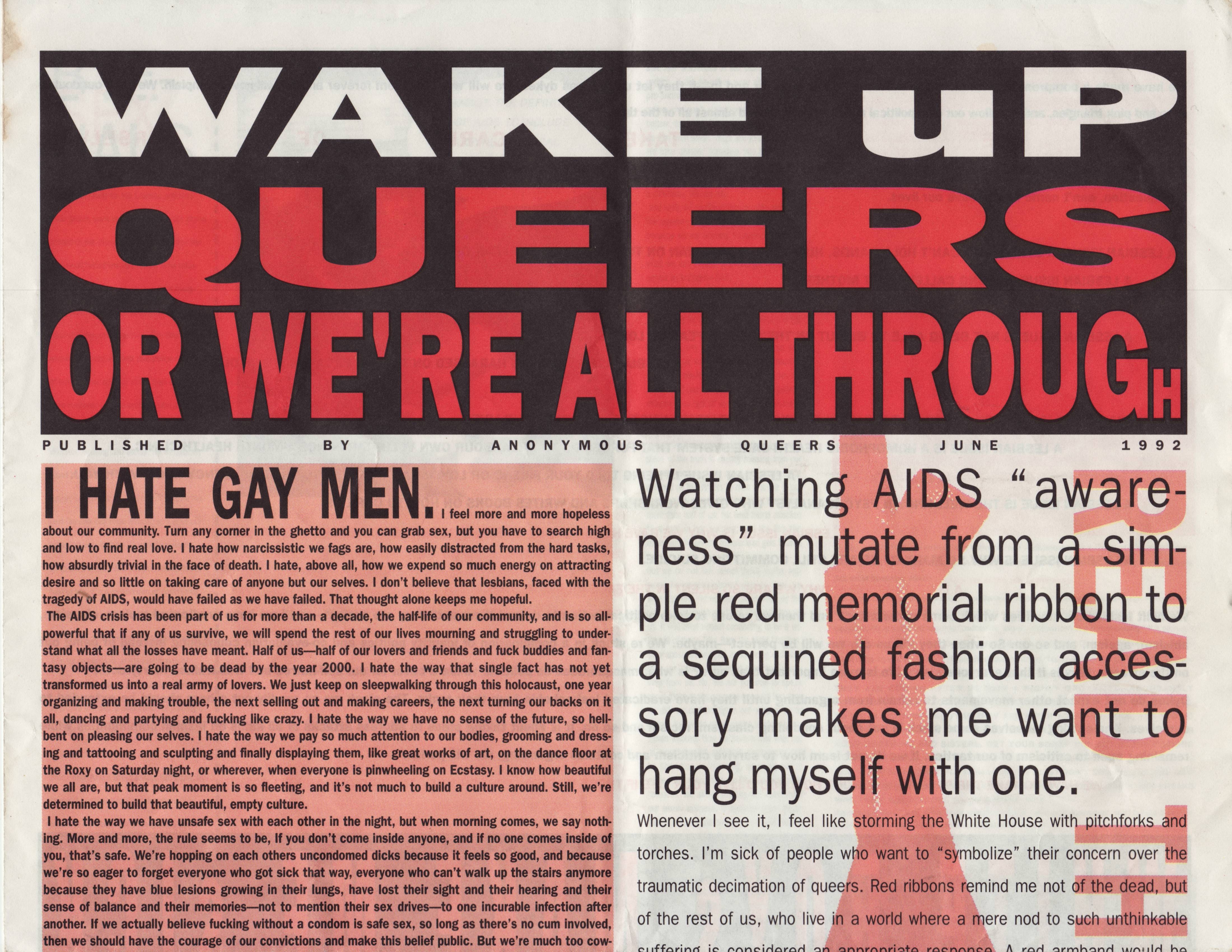 This broadsheet, distributed by Anonymous Queers at the 1992 Pride Parade in New York City, included the essay, partly visible in the image, headlined I Hate Gay Men that articulated a growing estrangement between the gay and the queer, even within ourselves. Below the fold, the broadsheet credits lesbians as the “backbone of political activism in America” and admonishes the reader to “Fuck the Red Ribbon. Tattoo a bloody handprint on your forehead instead.” The back page marked the progress of a long-held idea to stage political funerals for people who died of AIDS, like the one documented in How to Survive A Plague, with the words: “After I die of AIDS leave my body on the White House steps.”