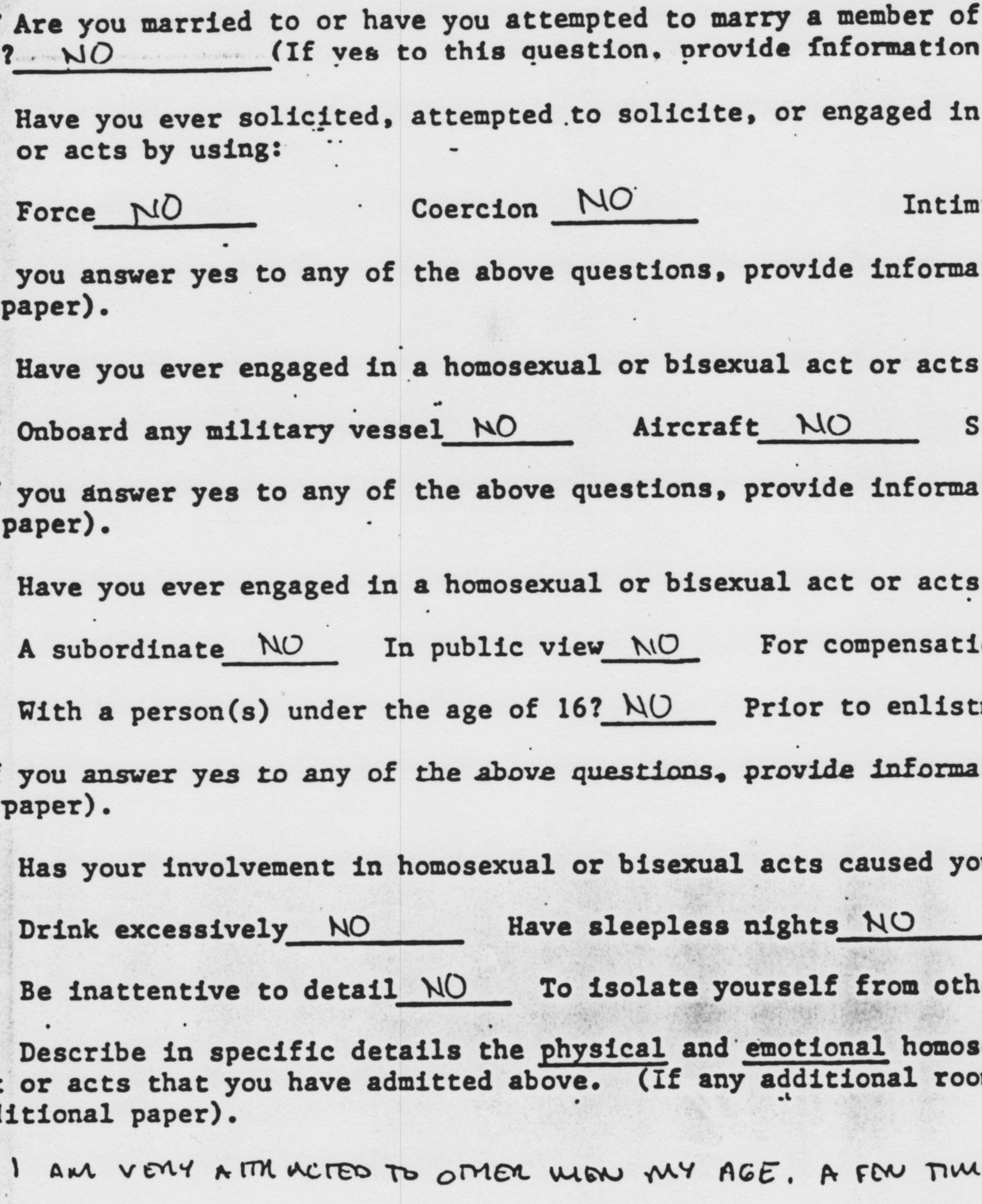 To avoid prosecution, I completed the Navy’s Homosexual Questionaire.

As part of my voluntary “admission of homosexuality,” an effeminate petty officer guided me through the completion of the Homosexual Questionaire, an instrument intended to uncover “aggravating factors” like having sex aboard a naval vessel, having sex with a minor, or having sex for money. Obviously, I wasn’t altogether forthcoming, especially on the question (not shown) requiring me to name all my homosexual contacts, list their ages, specify the locations where we had sex, and describe the sexual acts in which we engaged.