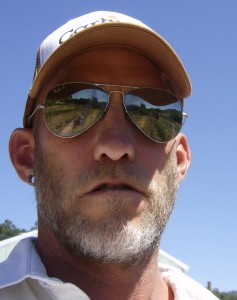 Sometimes a beard is only…a beard.

Last week, when Deadspin first broke the story that Notre Dame linebacker Manti Te’o’s dead girlfriend had never existed, I must confess that my first thought, and the first thought of the friend who alerted me to the story, was: beard! Perhaps that impulse somehow belies our generation, as my friend and I are both over fifty now. Upon further reflection, my second thought was: catfish! No doubt, my second thought might have occurred first to younger observers, even queerkind, and this shift speaks favorably of dramatic improvements in the daily lives of queer people who seek to live authentically, improvements I have experienced in my own lifetime. Whether the shift bodes well or ill for the future of human interactions is harder to predict. Perhaps the catfish phenomenon, especially in its sex-gender-flipping form as recognized in the Te’o case – if indeed Te’o’s were a case of catfish and not beard – is merely another iteration of the beard. If so, this iteration of perceived artifice may reveal the true scope of the oppressive nature of sex-gender norms in ways the perceived artifice of the beard never could; the catfish, by virtue of the scale and ease of the underlying technology, and the sense of safe distance the technology imparts, may yet complicate far more lives than the beard ever did.

I qualify these artifices as “perceived” for two important reasons. First, and perhaps most importantly in the examination of an individual case like Te’o’s, none may claim to know the mind or desires of another. After watching Te’o’s response to Katie Couric’s very direct question yesterday, I admit, I agreed with Pro Football Talk’s Michael David Smith and others that Te’o’s reaction raised suspicions, but fa-a-a-ar be it from me to speak for Te’o or anyone else. Beyond the obvious epistemological limitation, moreover, arise more troubling metaphysical complications. The second reason I qualify the artifices of beard and catfish as “perceived” is that the artifices themselves rely on mistaken conceptualizations of sex-gender and sexual desire, reducing the multidimensional to the linear, simplifying continuous categories into discrete ones, and accepting fluid identities as fixed.

The neuroscience of sexual desire, or sex drive (“lust”), romantic attraction (“in-love”), and long-term attachment (“loving”) has revealed three distinct but interrelated brain systems mediating these three different aspects of mammalian and avian mating, reproductive, and parenting behaviors. With the aid of new tools, like functional magnetic resonance imaging (fMRI) scanners, researchers, including biological anthropologist Helen Fisher, have been charting the internal terrains of the experience of desire, and they have discovered some of the biological topography underlying desire’s multidimensionality. In Brittany Blockman and Josephine Decker’s 2008 film festival favorite, Bi the Way, for example, Fisher describes how the distinctness of the three brain systems might contribute to the phenomenon of desire called bisexuality. Just consider how one’s sex drive might draw one to partners of the same sex-gender while one’s romantic attraction might draw one to partners of a different sex-gender, or perhaps one’s sex drive and romantic attraction align in such a way that short term relationships with a particular sex-gender are possible, but then the brain system responsible for long-term attachment does not align in a way that sustains a permanent attachment with that particular sex-gender. The possible combinations multiply quickly. Over this multidimensionality, layer the added multidimensionality of one’s sex-gender identity, fraught with its own chromosomal, biological, psychological, and sociological complexities, and the extent of the reductionism entailed by the commonplace contemporary discourse around sexuality becomes apparent. Even if Te’o were willing to submit himself to an fMRI scan, addressing thereby, perhaps, the aforementioned epistemological limitations, the metaphysical conundrum would remain. To be so mistaken in our abstraction of sex-gender and sexual desire will forever frustrate efforts to authentically apply those abstractions to any individual, regardless of draft position, including ourselves.

That didn’t stop us from trying during the queer visibility movement of the 1990’s. Just as the die-in had been ACT UP’s stock-in-trade, the queer-in or kiss-in would be Queer Nation’s, but, although a few dozen fags and drags showing up for happy hour at the “straight” bar in an uptight neighborhood at the height of the AIDS crisis was, in itself, sometimes more controversial than many participants might now like to remember, it wasn’t nearly enough so. Only when Queer Nation started outing people was the controversy sufficient, surpassing even the controversy over reclaiming the q-word. Of course, the reason for the controversy arose not from the objection that outing applied the same reductive paradigm Queer Nation sought to overturn, a merely internal critique some eagerly answered by insisting everyone was queer, anyway, so paradigms didn’t matter. Rather, outing ignited such controversy by openly violating, and thus, in one fateful stroke, also disempowering and repudiating, the Mattachine-era dogma that held privacy sacrosanct, the paradoxical cornerstone of both gay liberation and gay concealment.

The notion of gay concealment, or, in the parlance of the last century that I hope queerkind may soon abandon, “the closet,” the original pre-condition of the beard, is itself a reduction, depending for its logic on the fixed, discrete categories of essentialism. Perhaps its deconstruction required both the strategic, universalizing mass outings as exemplified by Queer Nation’s infamous lists as well as the tactical, policy-motivated individual outings as exemplified by the unmasking of Pentagon spokesperson Pete Williams. Conversely, while the appeal of the “coming out” narrative may persist, suggesting as it does a transformational acceptance of one’s self and a commitment to live an authentic life, it may also seduce one into a linear understanding of one’s sexuality, fixed and flat, devoid the multidimensional potentialities it once promised.

Moreover, anyone old enough to have lived in the age of gay concealment will attest: even the distinction between being “in the closet” or “out” of it was a false binary, for in those days queerness readily disguised itself beneath layers of inscrutable identity to be only sometimes, slowly, and partially peeled away, depending on company and circumstance. Under this regime, the butch dykes, sissy boys and drag queens often suffered mightily for their lack of camouflage, perhaps thereby modeling for everyone else the courage that complete authenticity would require of all. Yet, such authenticity remains elusive for too many, even among those who identify proudly as “openly gay” and present themselves as “out” to family, friends, and co-workers, for these sanitized, hetero-approved ideograms guarantee no one approval for related secrets yet concealed in shame, whether an otherwise transgressing desire, a hidden habit, or a repressed belief. Sometimes, in recollection, I imagine the Queer Nation experience as one of running through the zoo to open all the cages, quickly, to free as many creatures as possible before the zookeepers discovered the plot. Once their alarm sounded, we needed a new plan.

Whether or not Manti Te’o was lying when he insisted he was “far from” gay, and whether or not his fake girlfriend qualifies as beard or catfish, and whether or not Jodie Foster is…single, matters less than the weighty costs these episodes reveal, unnecessary costs exacted upon our individual and collective wellbeing by our own inadequate abstractions of sex-gender and sexual desire. So long as we continue to blind ourselves to the wondrous diversity expressed by nature in all things, diversity that is infinite, fluid and multidimensional, we will continue to sacrifice our lives, queer and otherwise, to estrangement by closet, beard, and catfish. This blindness affects us all, whether our desire seems to conform to the mythical norms or not, for it plunges us alike into darkness, together to stumble over each other in the same undersized and outdated closet, and may the National Football League and the Hollywood Foreign Press have mercy on whomever we trample underfoot.